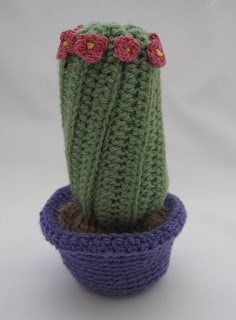 In between making squares for the Frida Blanket I've also been having a go at creating a cactus.  There are two reasons for this. 1. We've just moved into a new office at work and there is a distinct lack of plants or people interested in watering them.  And 2. I wanted something to do while I waited for the next Frida pattern to be released. 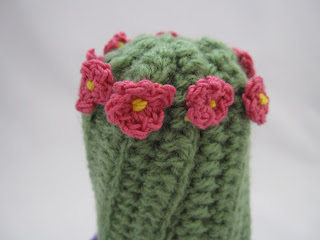 There are 5 cactus to choose from and I think this is my favourite, although that might change when I make the others.  I think its the tiny pink flowers that I love, although they were very fiddly to make. 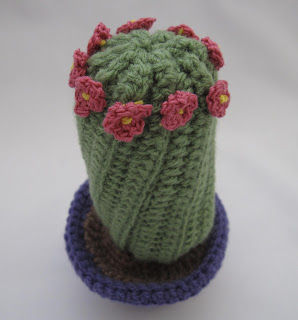 As you can see below, the thread for creating flowers is much thinner than for the rest of it and while the cactus itself used a 4mm hook, the flowers took a 1.75mm hook!  But although fiddly I am really pleased with the end result.  I'm not sure if anyone at work has worked out it's not real yet. 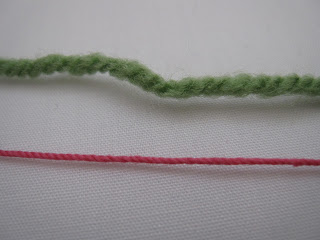