Last year our neighbour June spent a day showing me how to lino print.  Since coronavirus hit we've been doing their food shop each week as she's been shielding.  It's meant that we've gotten to know them both better as we have a little socially distant chat when we take their shopping round. 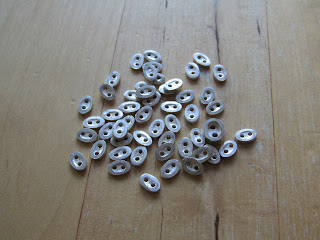 One week June gave me some 'beads'.  They had made a ring but the elastic which held everything together had just snapped and she didn't know what to do with the result.  Would I like them?
Of course I would.
It made me sad that she couldn't wear the ring anymore and my brain started to work.  Was their a way to make the beads into something new that she could still wear? 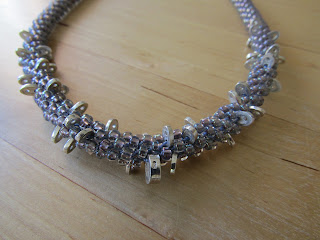 My new love of kumihimo was the decider.  But how to do it.  I started by trying to find a pattern for something similar to what was in my head.  But although I found a couple they didn't do what I wanted them to.  Now I was stuck.  Although I knew what I wanted to do, working out how to string the beads to get the look I wanted was near impossible. 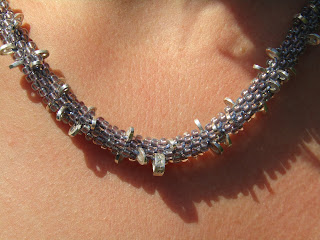 As a last resort I googled it.  And came up with a possible solution.  Heidi had created an excel worksheet which would allow you to design your own patterns and show you how to load your beads.
As it wasn't that expensive and I know I've got other patterns in my head that I want to try I went ahead and bought it.  The only problem - it has to go on 'im outdoors computer as I've only got a mac and it won't work on Apple. 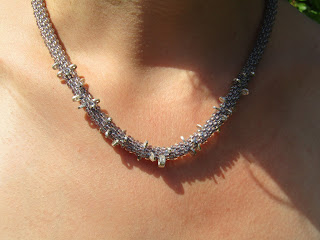 With a bank holiday weekend and nothing better to do, I then spend the day designing my necklace.  I started in the software then tried it for real to see what the resulting pattern would look like.  I think I might have tried it 4 or 5 times over the course of the day until I was happy with the spacing.
I then loaded all my beads (although I did have to cannibalise some extra beads from my first bracelet to make it long enough) and left it for the day.
I'm very happy with the end result, but its not quite the pattern I designed.  I think I mess up which bead I started with, which threw out the design, but it is close enough and looks great.
And June seemed to like it, she put it straight on when I gave it to her with this weeks shopping delivery. 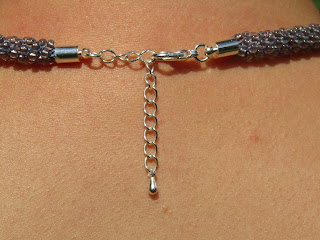