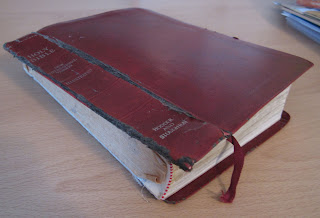 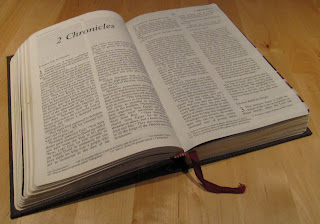 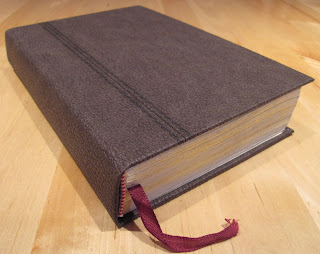 On Christmas Day, while we digested the huge lunch ‘im outdoor’s Nan had cooked us, we somehow got onto talking about her Bible and how the cover had come off. It looked like quite a simple repair to me, so I offered to take it home and rebind it for her.
It was only when I got home that I thought – What am I doing!?! This is her Bible – quite an important book in her eyes!
But I made up some paste, removed the tatty bits that were still attached and made a new cover.
I’m really pleased with the end result, all it needs is the title in gold on the spine, but I don’t have the means to do that at the moment. Maybe one day.
I hope she likes it, I’ll find out on Sunday when ‘im outdoors takes it over to her.

Posted by Wild Creations at 14:14 0 comments

Anyone who has read my blog in the past couple of years will know that I make stuff and write stuff.
I read hundreds of books and blogs and design websites (just look at the list on the right!), and anyone who makes or writes stuff like me, will know that anything can give you inspiration. A story you read, an article in a paper, the way a branch of a tree sticks out and looks like a scary man. Any of these things can make a spark that gives life to a project.
Now you might be wondering why I’m telling you all this, but it seems that while the web is great for getting our stuff out in to the big wide world, it also makes it easier for people to copy what we are creating. Now when it’s something written it’s quite easy to do something about it, but what about when its your design or your blog?
Luckily I’ve had no such problems, but others have – click here and here to read more about this.
This is something I feel very strongly about. The handmade community needs to stick together and fight this. This is people’s lives they are messing with. Not all of us are big multinational companies looking to make a profit. Most of us are just trying to make a living doing something we enjoy. Where is the harm in that?

Posted by Wild Creations at 14:06 0 comments

The Creative Writers Group met for the last time this year, and considering we weren’t sure if it would continue this time last year, I think we’ve done quite well.
I felt strangely powerful to find that people had actually had a go at the homework I set last month, some of which was very successful.
And I even had something to read out, although it had nothing to do with the homework and isn’t finished.
I won’t post it here as it still needs a lot of work, but the Writers Group was the perfect sounding board to check I wasn’t wasting my time. We all agreed that I need to cut some of the stuff from the beginning, where it was very obvious to us all that I’d been writing my way into the story.
But that’s the joy if editing. Let the words bubble out of you head and onto the page, then give it a couple of days, or weeks and go back and cut all the mess out until you get to the good stuff.

Now write a story or poem about that happens when your character desperately wants something, but this desire is frustrated?
(borrowed from Mslexia)

Posted by Wild Creations at 16:46 0 comments 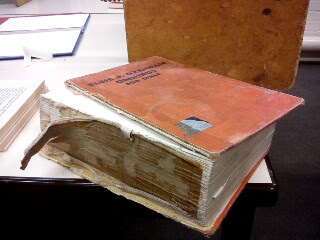 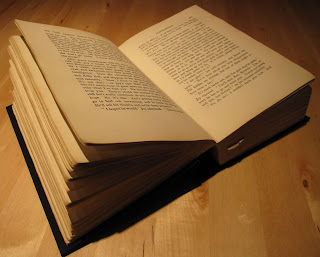 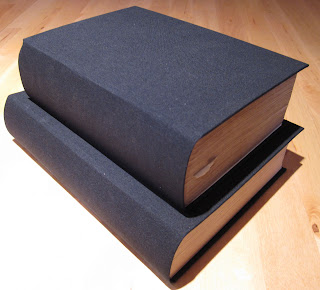 Last night I had the last of the bookbinding evening classes, after last week was cancelled due to snow.
In all I’ve enjoyed the classes and think I’ve learnt lots. But I found it hard work doing these in the evening after a long day at work, and was disappointed to start with, that the classes were more focused on repairing than starting from scratch.
But I finished the two big books I was working on, and I’m very pleased with how they turned out. Hopefully my mum will be too, but anything has to be an improvement on the poor book she gave me a few weeks ago.
Hopeful I will be able to use what I learnt in the last 10 weeks to improve the books that I make.

Posted by Wild Creations at 16:23 0 comments

Oh dear I’ve been rather lax with the blog these past couple of weeks.
Of course I’ve been busy as normal, but the real problem is that I haven’t made anything to write about. Essays about the courage of children in late 19th century novels really doesn’t count.
Bookbinding last week was cancelled due to heavy snow but has been rescheduled for this week, so hopeful I will have 2 finished books to display at the end of the week.
And I attended the gem and bead show in Farnham last week, so have some new beads to make into a necklace at some point.
Also the website for Garden Escapes is close to being finished, so there are many projects on the go, just none ready to show to world yet.
Must try harder.

Posted by Wild Creations at 12:56 0 comments