The Sky Blanket - May 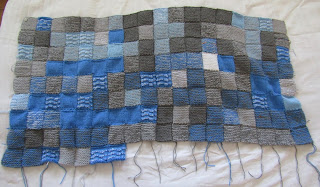 I had hoped for a massive block of blue this month but instead we had near constance sunshine and showers.

This meant I finished my first 2 balls of wool, one dark grey and one dark blue. 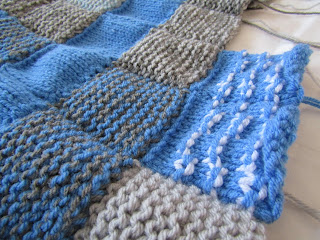 It's definitely getting more substantial.  I'm not really looking forward to sewing in squares over the summer, however in the autumn and winter it should be a nice warm treat.

Posted by Wild Creations at 19:00 0 comments 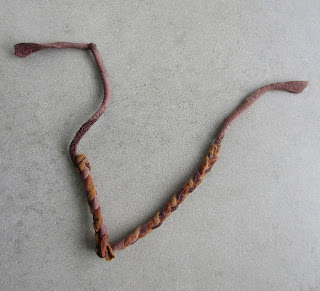 Years ago when I was a teenager and I finally had some money of my own and was allowed to go into town with my friends to spend it, I bought a pretty leather bracelet.  I chose this one because it was so soft to the touch. 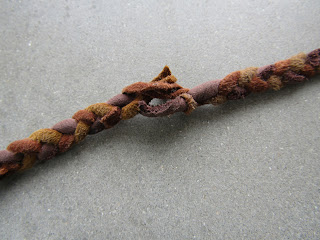 But I didn't choose well and it didn't take long for it to 'break', where one of the leather strips had been fudged together rather than being a full strip.  It only cost a couple of pounds and wasn't the best made thing in the first place. 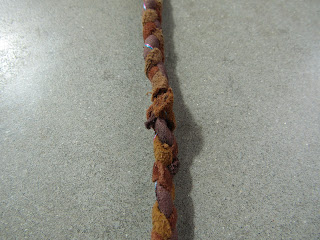 Being a teenager and with limited tools in my crafting armory I tried using a bit of PVA glue (at that point I used PVA for EVERYTHING) to fix it.  Which did work but left me with a hard bit in the middle of my soft bracelet and so it got stuck in my jewellery box and forgotten about. 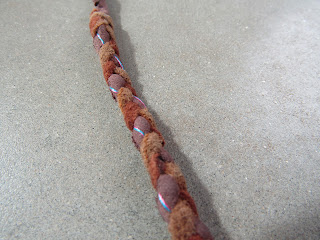 While having a tidy up at Easter I came across it again.

I peeled the PVA off and had a look at what the actual problem was.  I have more tools in my crafting armory now.  Plus I had read about how the Japanese repair pottery with gold so you can see the repair.  I love this idea. 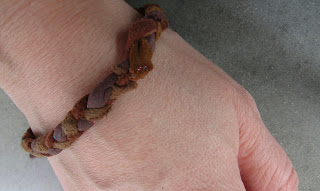 So I got out my favorite blue and pink thread and sewed the broken leather back together, I then wove the ends of my thread into the plaits of the bracelet so they could be seen, but would hopefully not come undone too.

So now my bracelet is fixed and retains its softness. And I have a bracelet that I can wear again.

Posted by Wild Creations at 08:30 0 comments 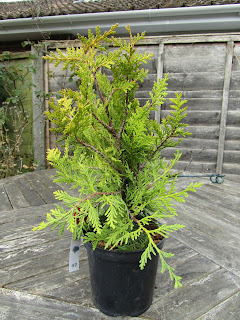 As all my other projects seem to be taking an age at the moment, it's nice to have something to do that is a little more immediate, although the actual end results won't be seen for years! 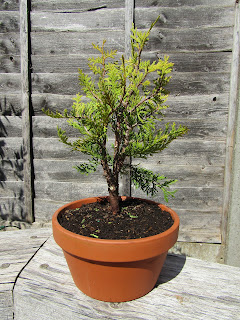 Still facinated by bonsai I wanted to try my hand on another tree.  This one is a Thuja Plicata 'Little Boy', normally used as hedging plants but reduced to £2 at my local garden centre.

When I started cutting the bottom branches off I realised it has three nice strong trunks which give it great shape, once you can see them. 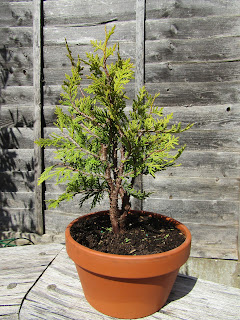 I pruned and potted it up, but I haven't decided about wiring it yet.  I'm not sure if it would work with this sort of leaf structure.  Still its interesting to see what sort of tree it turns into.  And I can always wire it in the future if I decide it is needed.

Posted by Wild Creations at 15:08 0 comments