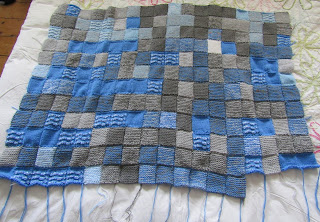 The blanket is growing, as you would expect.  As its July I had hoped for a bit more blue, but other than one week of heat wave it's mostly been sunshine and showers. 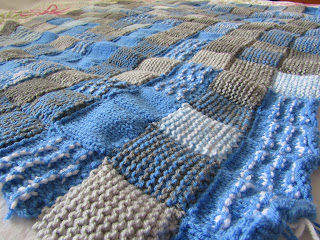 I thought I should record how I've been joining the squares.

I start by leaving a long tail when I finish a square - about 20cm long. 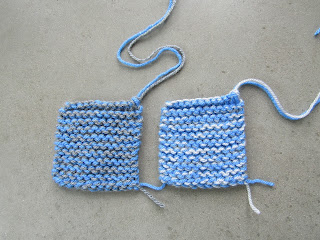 With right sides facing I then use the tail from the left hand square to sew them together. 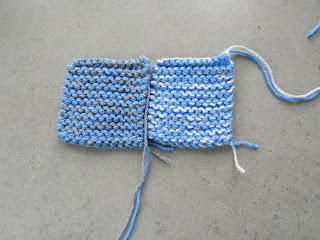 I then continue along the line until the row is finished - always using the tail from the left hand square.

When I start the next row below, I use what is left of the tail from the left hand square above to join the square below. 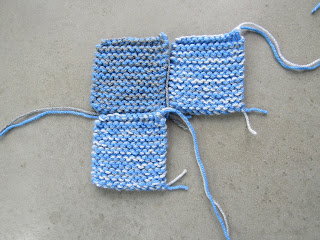 I then repeat for this row - using the tail from the left hand square to join the next square, and so on.  Easy when you know how. 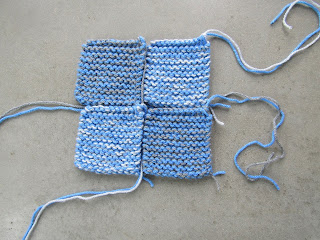 Posted by Wild Creations at 17:00 0 comments 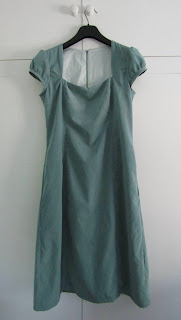 Last weekend I was due to be a participant on a map reading course but it got cancelled due to low numbers.  I was notified a couple of weeks ahead of time so had a decision to make.  I could cancel the annual leave that I'd already booked and just have a normal weekend, or I could find something else to do with my time. 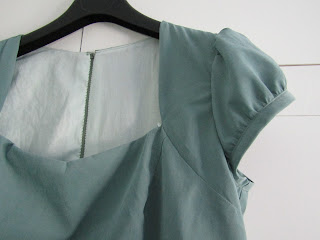 I decided on the latter.  I bought the Amy Butler Lotus Tunic sewing pattern maybe 10 years ago.  When I started reading the pattern I freaked out a bit and gave up - it looked really complicated and included a lining - something I'd never done before.  But I've made all sorts of clothing since then, the Coco dress, a pair of trousers, a t-shirt, the joni dress, and a whole bunch of other things.  So I was starting to feel a little more confident. 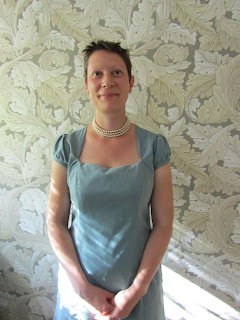 I'd found some lovely capri peach skin fabric (it really does feel like a peach skin) from Lulou Designs for the dress and I'd meant to try making the dress at Easter 2020, but lockdown stopped that (we got locked down before I could get all the other things needed).  But we're out of lockdown now and the shops are back open so I paid a visit to my local sewing show and the lady there was so helpful and found me a pale green cotton lawn to make the lining with. 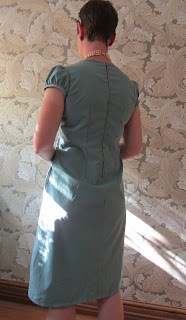 So last weekend, with everything prepared, fabric washed and ironed and all the other things I needed collected I started making the dress.  It was actually much easier that I thought it was going to be.  I did make a couple of mistakes where I had to unpick bits, but in general it came together very well.  I also added some pockets following a Tilly and the Buttons tutorial - they worked very well too. 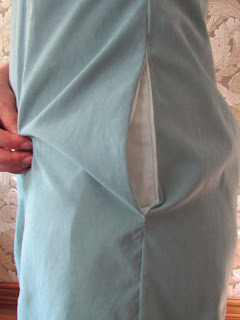 I didn't quite finish it last weekend, so I finished the sleeves and hemmed it this weekend.  I'm really please with how its turned out.  However it's a bit more formal that I thought it would be, it feels like something a charactor from a Jane Austen novel would wear, not something I would wear into the office.  Of course I haven't worn a dress for over a year, so anything is going to feel more formal than my standard jeans and t-shirt right now.  Not something I have to worry about right now I guess. 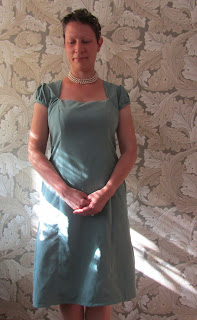 Posted by Wild Creations at 14:00 0 comments 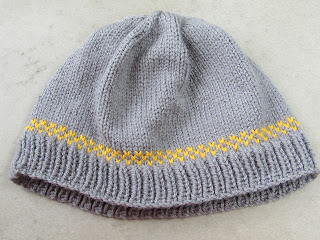 When I first started running, years ago now, I wasn't sure how long I'd be doing it.  And as I didn't feel like a proper running I wasn't going to waste too much money buying proper running stuff.  So when it started getting cold and I realised I'd need a hat and some gloves for those early morning runs, I just got a cheap £10 set from Sainsburys when I did the weekly shop one week.

They were plain grey and did the job.  I could run in them all week then stick them in the wash with the rest of my running kit, no problems.

But a couple of years ago the hat started to get a bit thread bare.  I'm a bit sad about that.  It was a good hat.  But I considered myself a runner now so how hard could it be to replace it? 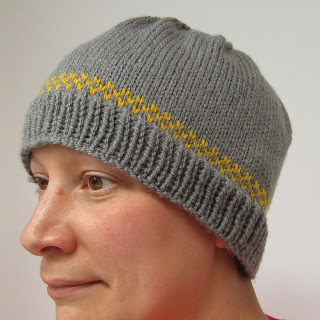 Apparently pretty hard.  I don't know who designs them, but they don't seem to understand the concept of running and the fact it makes me sweat.  After a week of running that hat needs a wash, and yet all the hats I've bought so far have shrunk in the wash!

So I knitted myself one.  I can't say if it will shrink yet, but it's machine washable yarn so I think it'll be ok.  Of course it's a bit warm for a hat right now, and I'm off running for a bit with a foot injury, but I'm sure I'll find out once it gets cold again.

Rather than keep it plain grey I added a little bit of detail with a yellow stripe.  I like it.  I might try some other colours next.

Posted by Wild Creations at 14:15 0 comments 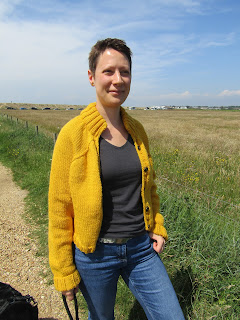 A few years ago I knitted the Carbeth Jumper for my friend Katie.  It's a lovely pattern and an easy knit and I added it to my list to knit myself one.  But I'm not that kean on a roll neck.  I find they itch, so I kept putting it off.

But then Kate Davies released a Carbeth Cardigan pattern.  Now the high neck wouldn't itch but I'd have the beauty of the rest of the jumper.  Win. 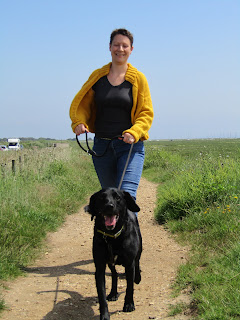 So in January I got myself some wool - Paintbox Yarns in Chunky Mustard Yellow, and got knitting.  The cardigan is knitted in a different way from the jumper, but it was still an easy knit.  Until I ran out of wool in mid Feb, only to find they were out of stock and I couldn't get any more.

Finally in May I got more wool.  So I finished off the blanket before going back to the cardigan, which didn't take long to finish.  I then raided my button jar to find the perfect buttons, before giving it a rinse and blocking it out. 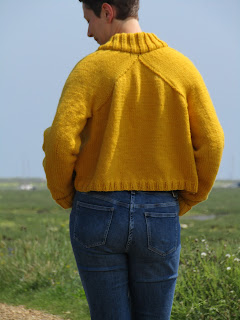 Normally I like a longer jumper/cardigan, and if I knit this again I might well add some length to the body, but I really love it and think its super cute.  It works just as well over a pair of jeans or a summer dress.  I'm looking forward to wearing it.

Posted by Wild Creations at 15:19 0 comments