Making a pair of trousers - part 2

Last night I was back for part 2 of my trouser sewing course.  We carried on from where we left off last week with our calico trousers, so I started the evening by finishing my second pocket. 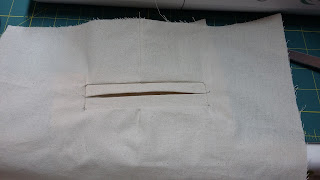 Then I started putting together the legs.  I started by sewing the inside legs up and together, then added a fly.  As we were just making these to check the fit I didn’t add a zip or button so still not 100% sure how that bit will work, but I’m getting the general idea. 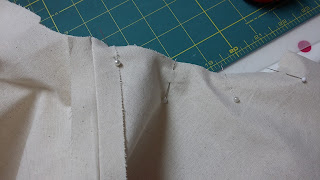 Then I sewed up the outside legs and added the pieces to make the waist.
And then I tried them on!!  It is always crazy to try on something you’ve made. 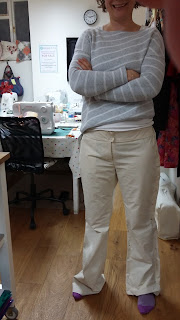 They were too long and a bit baggy but nothing that can’t be fixed with a little fitting.
So next week I will be able to amend my pattern to make them a bit more fitted then start cutting out my ‘good’ material to make the final pair. 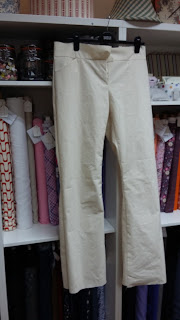 I expect the making of the ‘good’ trousers will take a bit longer as I’ll be adding 2 more pockets, a zip and a lining and generally taking more care than I have with the calico trousers.  I can’t wait. 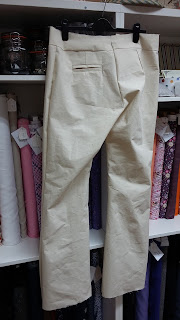 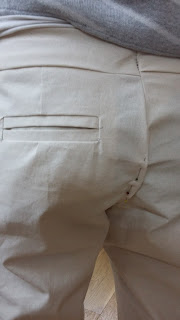 Posted by Wild Creations at 10:10 0 comments

Making a pair of trousers

For my birthday this year, ‘im outdoors has bought me a 6 week sewing course at our local haberdashery.  This is the same place I learnt to crochet a couple of years ago.  They are really nice there and although small they normally have the things you need.
Yesterday was my first session, 3 hours after work.

I’ve made dresses before but want to be able to make more complex patterns.  However to be honest they scared me, so when I saw a trouser making course I thought it would be perfect.
We started the session by selecting the pattern we wanted to work with.  There were 2 to chose from.
Both would cover how to fit a pattern, pockets and zips but one was a little simpler while the other was a little more complex.  Of course I chose the most complex pattern.  Mostly because I liked the look of the trousers, but also because if there is a time to challenge yourself it’s when there is a tutor on hand to help you out if you get stuck. 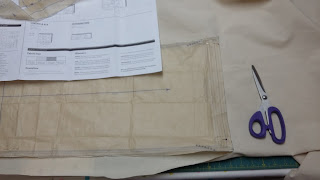 Because trousers are so complex we are making a calico pair first.  This not only helps us to work out if they fit, but also give us some practice on some of the more complex things like pockets.
So most of the session was firstly cutting out the paper pattern, then cutting the pattern pieces out of calico and then there was just enough time left to start sewing, so I finished the class with one pocket competed and a second on the way.  Next week we should go faster as all our pieces are cut out and ready to go.

I was a bit worried that either I’d be out of my depth or too tired after work, but Alison our tutor was really patient with us and happy to answer any questions.  And as with all the best projects I was concentrating so hard on what I was doing that there was no time to feel tired or think about the rest of my day and the time flew.
I really enjoyed my first session and I can’t wait to go back next week and finish that pocket.

Posted by Wild Creations at 13:21 0 comments 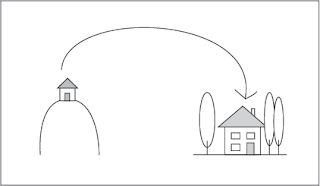 I’m a bit of a traditionalist so knowing that we would be moving soon I started thinking about how to let everyone know our new address.  I think it’s a shame now that often you just get a text or email with a new address - I like something a little more physical.
We’d been hoping to move before Christmas, so my thinking was to send something out with the Christmas cards.  And then we got pushed back to January, but after thinking about it for a bit I decided this plan would still work.
Having worked as a UX Designer for the past year, and working closely with UI Designers at the same time, I’ve learnt that it is totally ok to look at what other people are doing before starting design.  I’m not talking about copying, but competitor analysis and idea generation.
So I started by looking at the Noun Project to see how people draw houses and what house and home mean to others.
Having done some research I started sketching out ideas for illustrations to show the idea of moving house.  I had a few I really liked, but when I spoke to ‘im outdoors we narrowed it down to one. 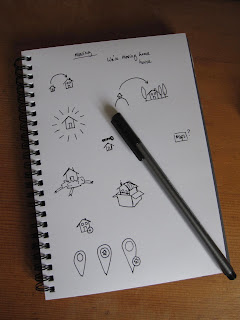 Now I had to decide.  Did I draw it by hand and scan it in or should I try using Adobe Illustrator?  Because I only wanted something very simple, line drawings really I thought I’d try with the software first.
Watching how my colleagues do things in Illustrator must have paid off as I managed to create my little houses.  And where I got a bit stuck Google helped me out.
And there we have it, moving from the flat on a hill to a house backing onto a woodland.
I love little projects like this.  A bit different from what I do day to day but with a real purpose behind it.

Posted by Wild Creations at 16:00 0 comments

8 years ago we moved into our lovely flat.

For a first property it was pretty great and we’ve really enjoyed our time there, but sometimes you just have to move on.  And this is why the blog has been so quiet for the last 6 months.
This time moving was not such a smooth journey.  We found a lovely cottage in August which would need a bit of work but had a massive garden and when finished would be amazing.  We started packing and the fish were sold.
And then we found out the roof was in worse repair than first thought.  £60,000 worth of repair in fact.  Money we just didn’t have and so sadly we had to walk away from that one.
With our flat sold the pressure was on to find somewhere else.

We visited many properties but none were quite right, until finally, at the end of September, we saw a semi-detached Victorian house. 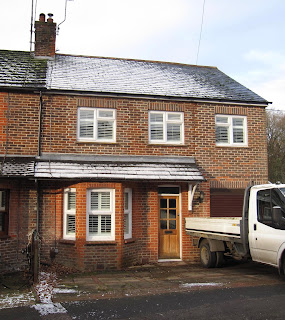 A lovely open plan downstairs with 4 bedrooms above and a 100ft garden that backs onto woodland.  It’s not perfect but it ticks a lot of boxes. 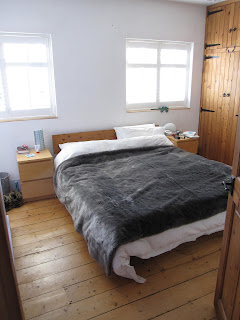 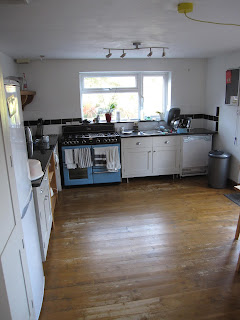 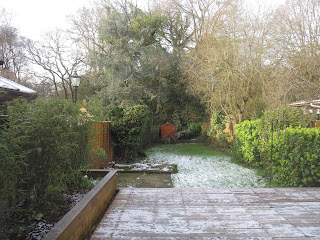 The bird feeder got put up the day after we arrived and almost straight away we've had birds visiting. We've had blue tits, great tits, coal tits, long tailed tits, robins and nuthatches so far.


We’d been hoping to move in Dec and finish the year on a high, but in the end it was a good start to 2017. We've spent the last week unpacking and its starting to feel like home. Of course there is a list of things we'd like to change, the garden for one, but there is time for that.
Here’s to at least another 8 years of happiness.

Posted by Wild Creations at 14:13 0 comments