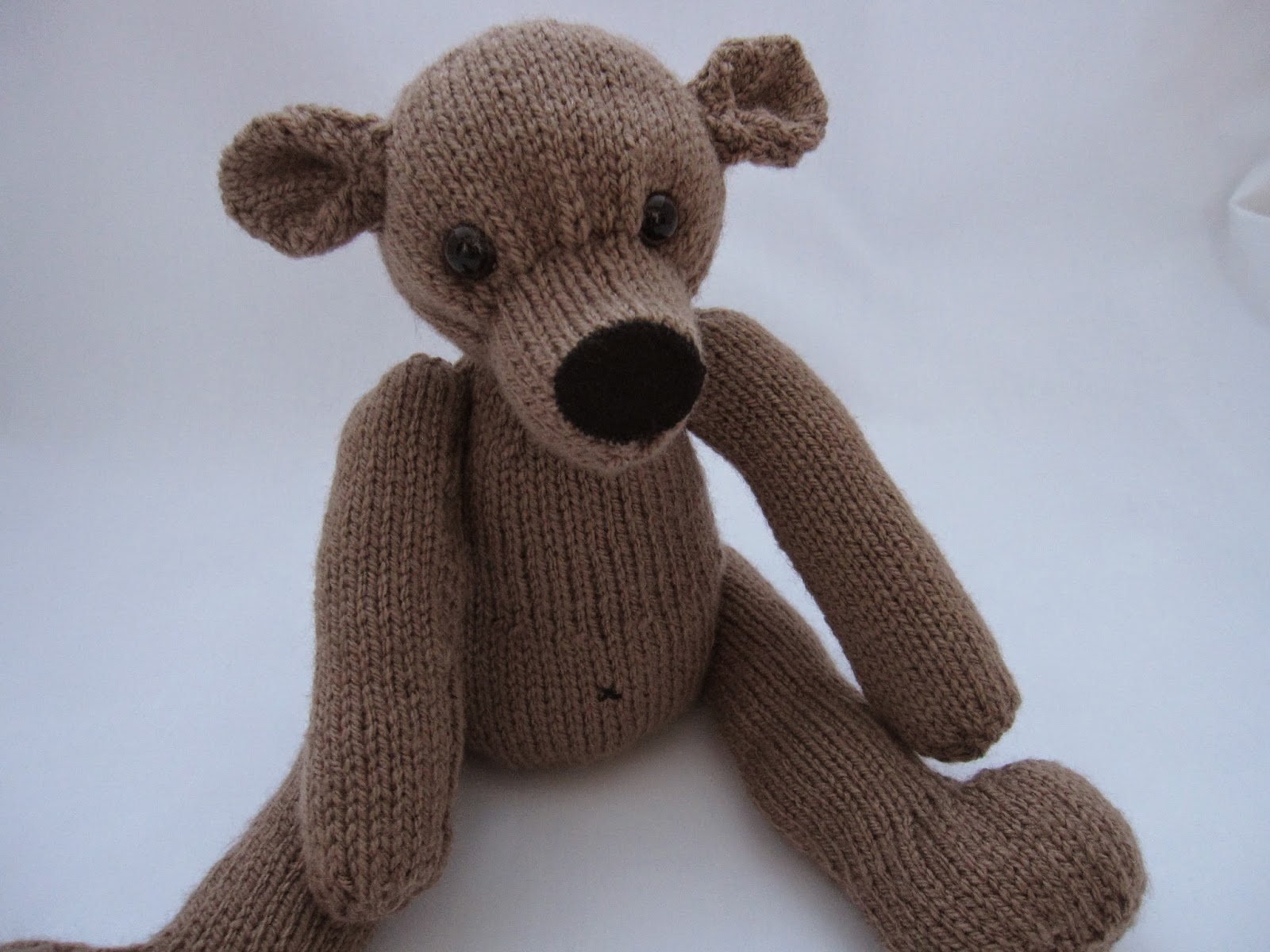 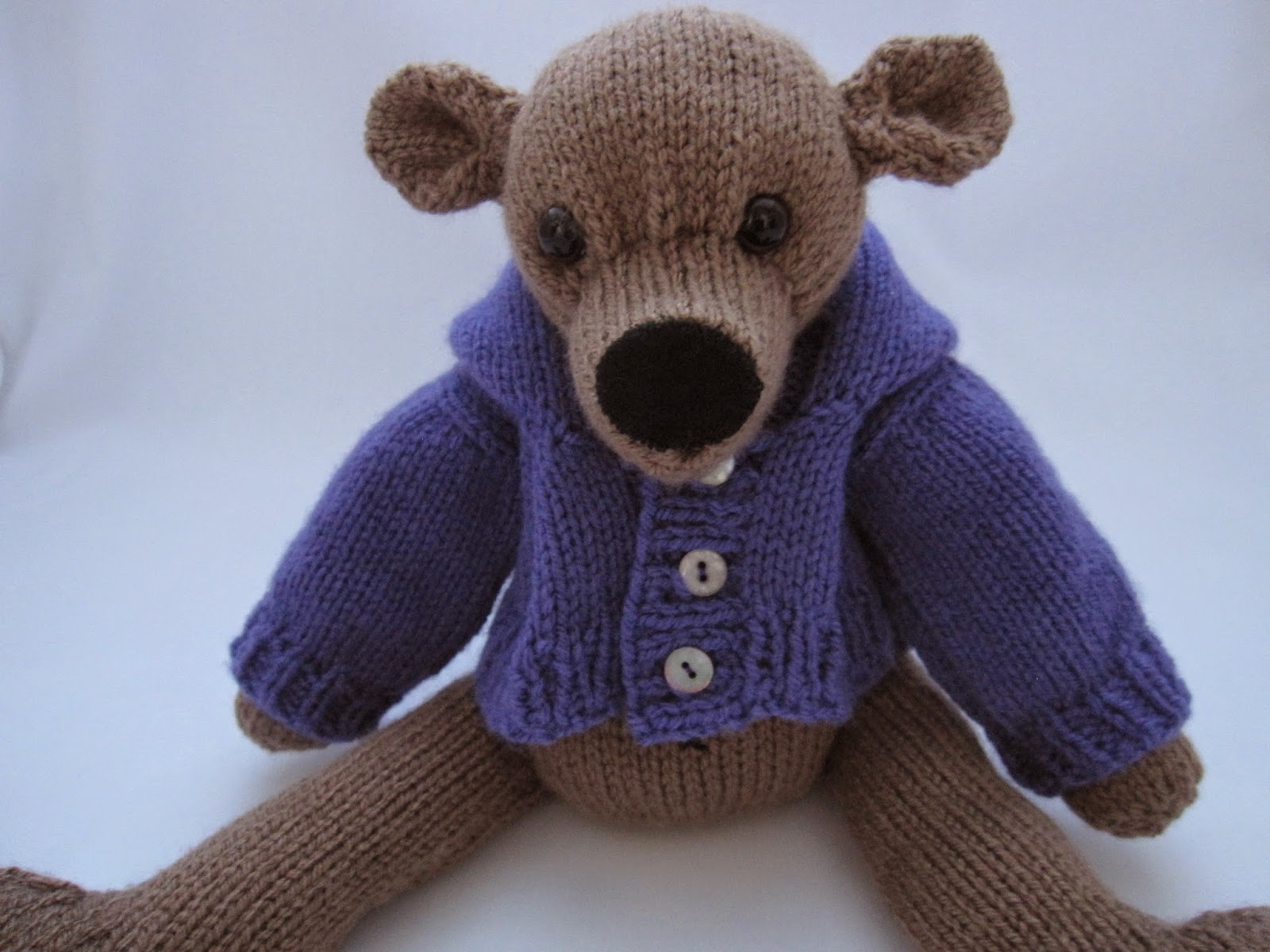 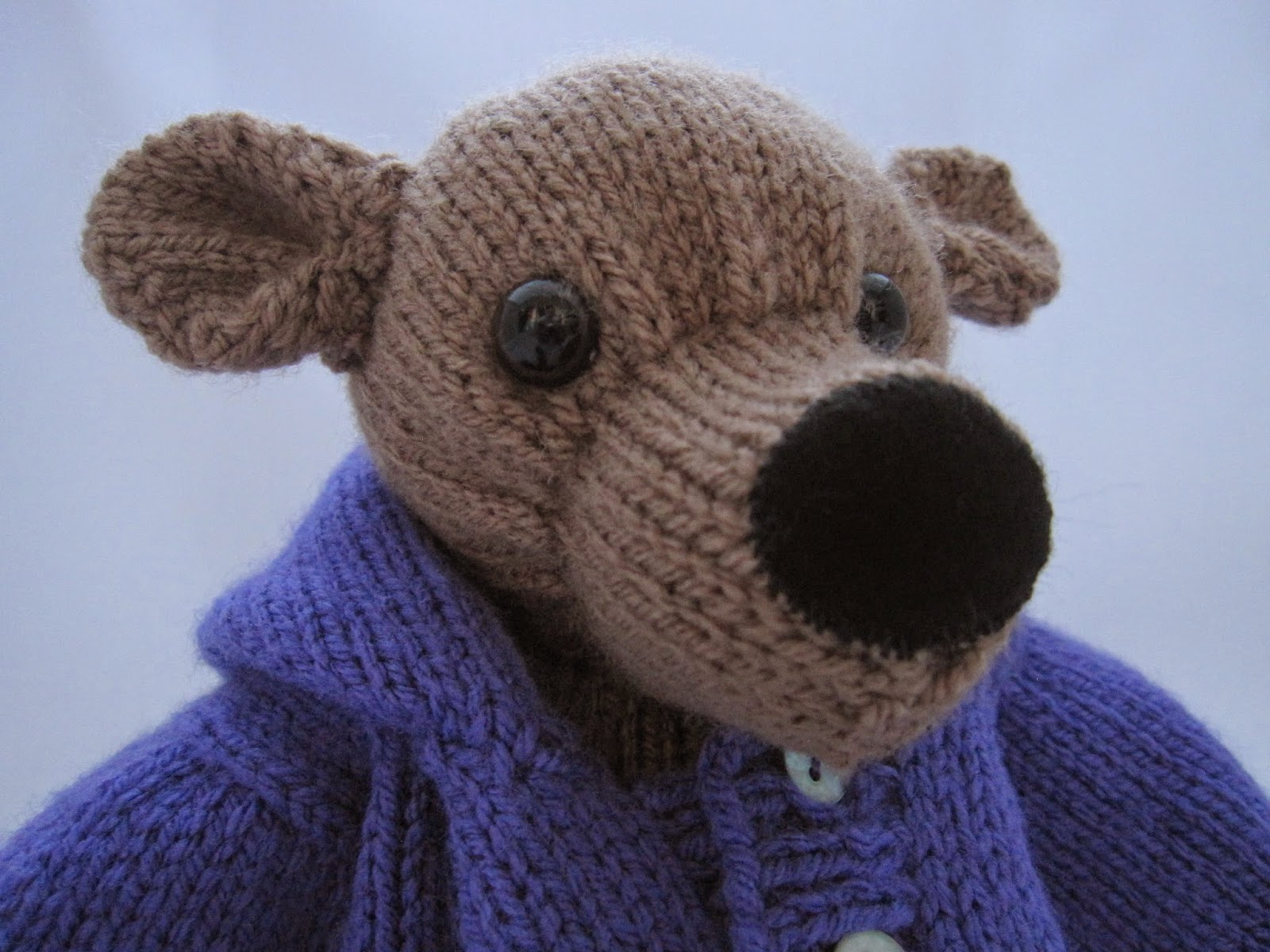 I've been trying to find myself a bear knitting pattern for ages, but most of them want you to knit in the round or are a bit odd looking.  Then I stumbled across Huggable Bears on Etsy.  Isn't he cute!
He is made of lots of flat pieces which are then sewn together and stuffed.  Easy.  The hardest thing I've found is finding bear like wool - I mean who really wants a pink bear?!
He came with the pattern for his jacket, and with the weather we've had at the moment I felt bad not giving him something to keep him warm.

So with one bear made I was excited to visit Unravel this weekend in the hope of finding some suitable wool.  I have to say I came away feeling disappointed.  Nothing in the way of furry wool, although there were lots of other types of wool.  However I did find many lovely buttons from Textile Garden and finally at last I have a knitting bag to transport my knitting around in - also from an Etsy shop - Quince Pie.
Of course now I've got a bag I've nothing to put in it.  I'm sure I will sort that out very soon. 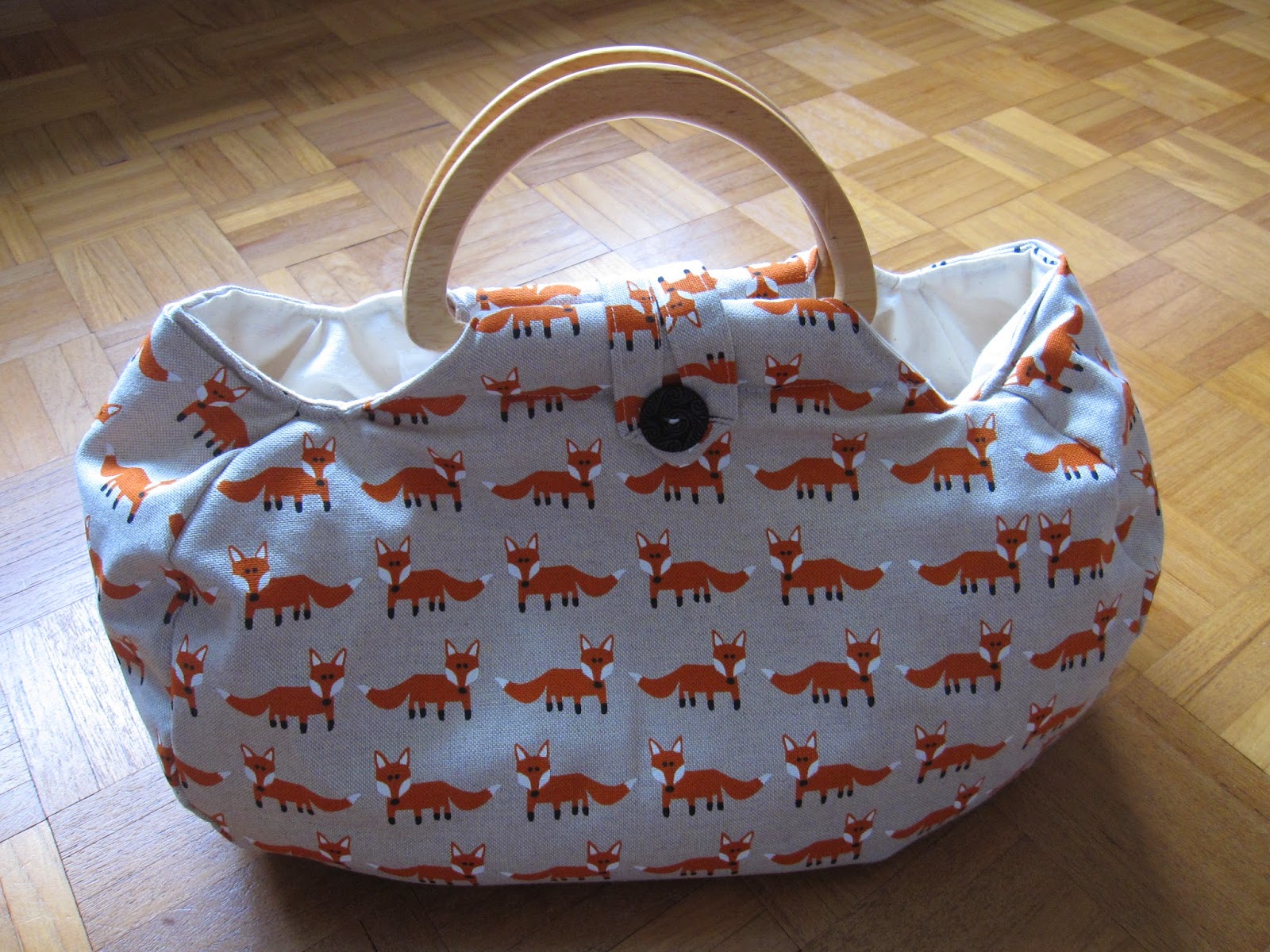 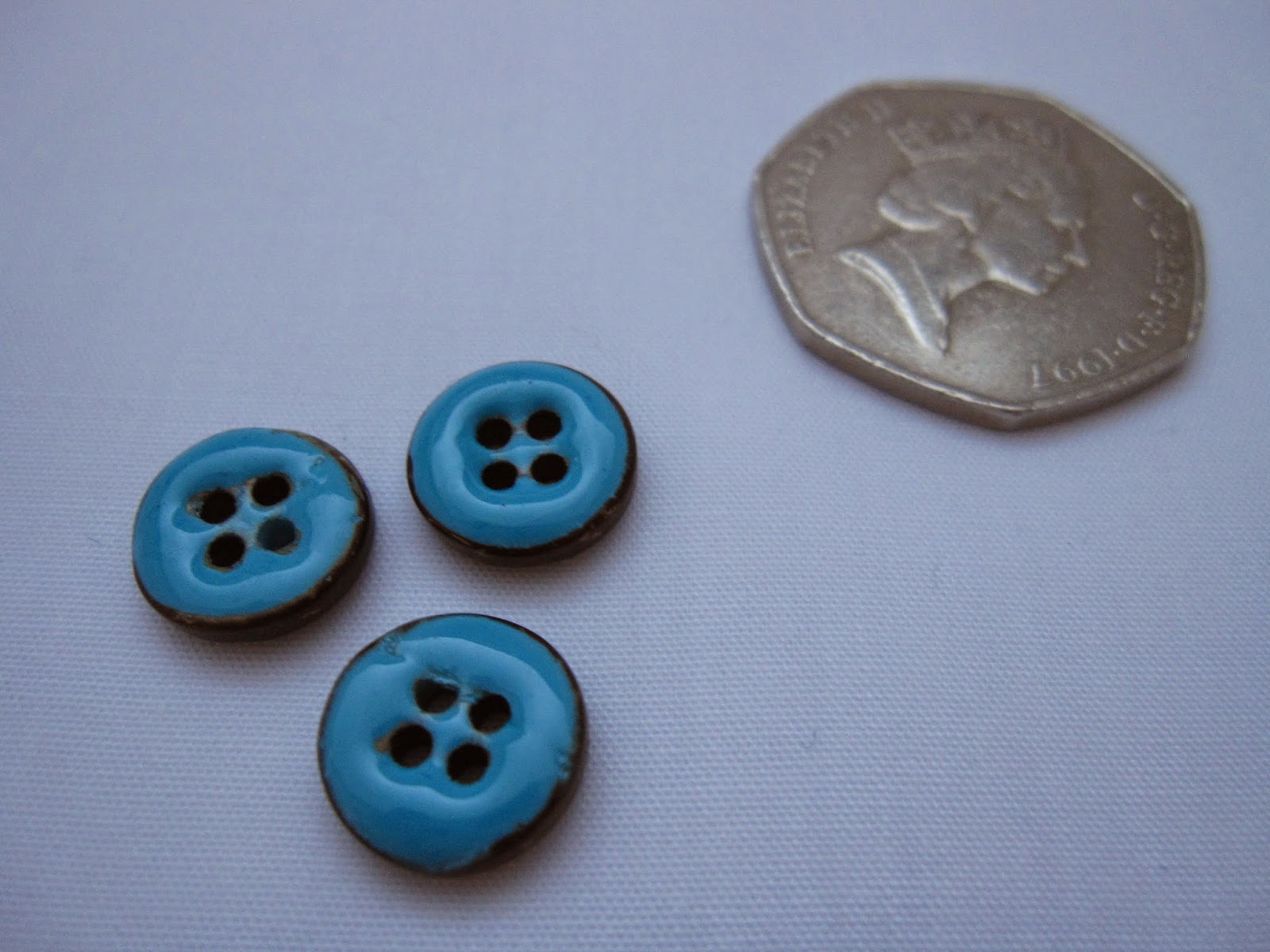 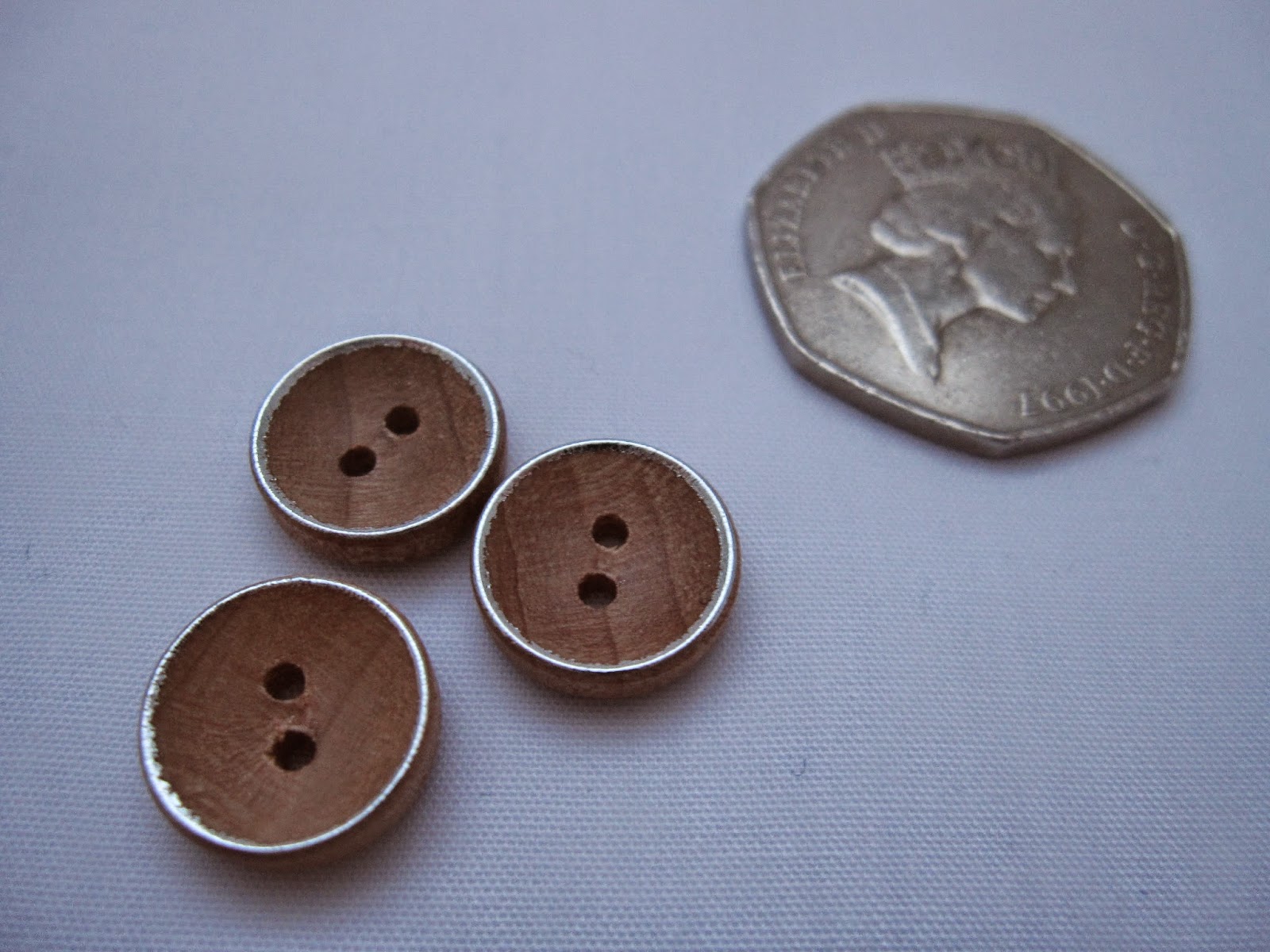 Posted by Wild Creations at 20:46 0 comments 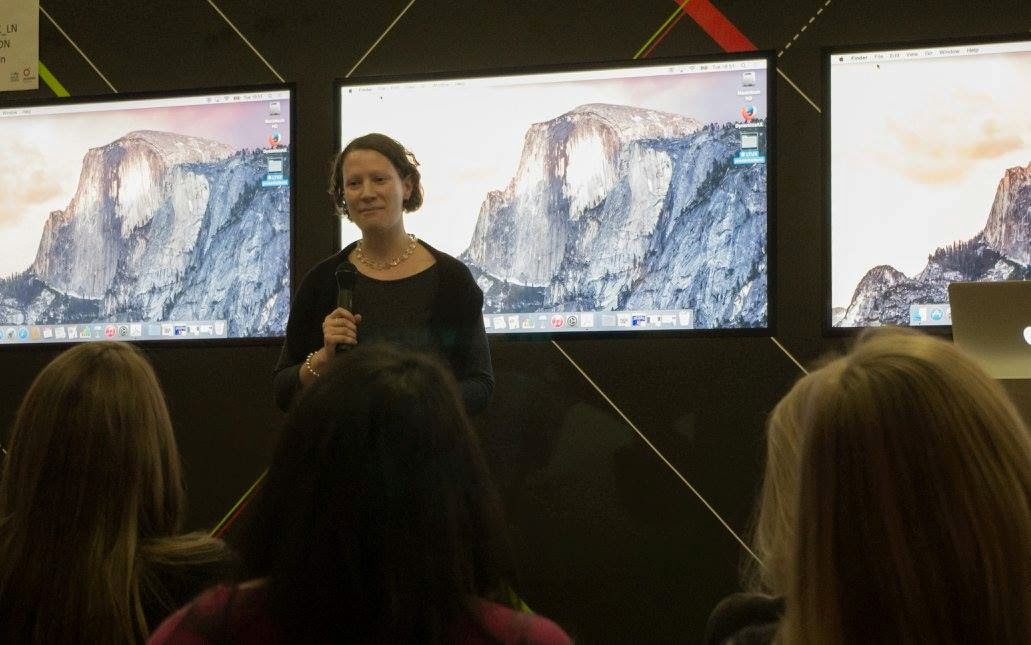 Last year I attended the UX Intensive conference in Dublin, and since then I have been trying to learn as much about UX (User Experience) as possible.  This has involved reading lots of books and stuff on the internet, a slight change to my role at work and attending UX talks and workshops in London each month.

Last night I didn't just attend the Ladies That UX event, but actually spoke at it too!
The idea was to give ladies who don't get to speak in public very often the chance to practice in a safe environment.  We had 5 mins to speak about anything we wanted, so of course I chose bookbinding and paper making.
I was a bit worried that no one would be interested in what I had to say, but the organisers where very encouraging. 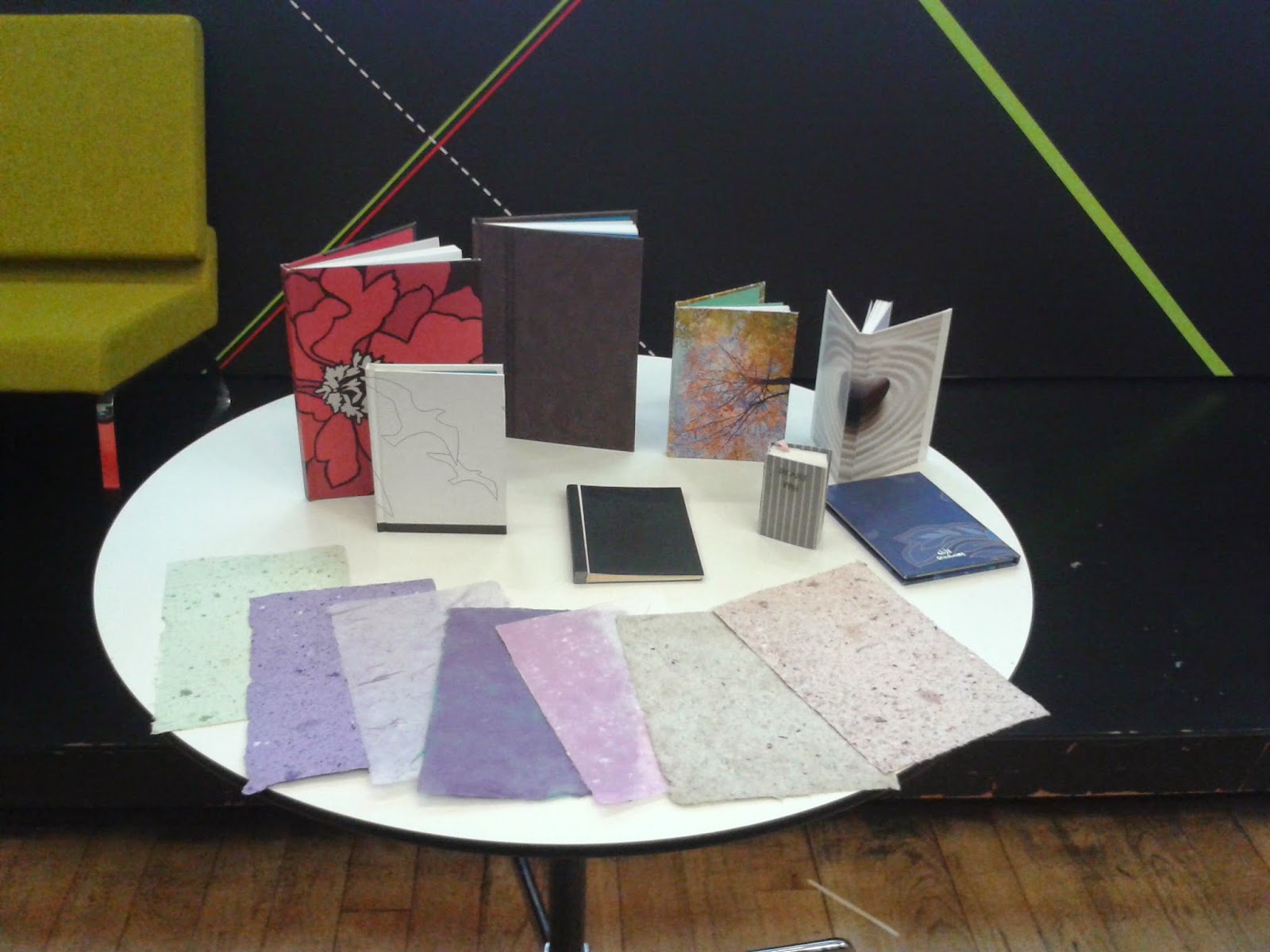 So I got there in good time with a bag of books to display.  I'd practiced my talk, but still needed my print off!  Chatting with people was great, but then we all sat down to start listening to the talks.  Now I'm feeling ill.  As we get closer to my talk I'm starting to wonder how on earth I will be able to stand up and speak.  I feel faint and I've forgotten how to speak!  But then my name is called and I'm up on stage with a microphone in my hand.

'Hello, I'm Penny and I work in the Digital Team at the University of Surrey...'

It went really well.  People looked interested, they laughed in the right places and there was clapping at the end!  We had a break and lots of people came up to talk to me about my books and paper.  Even at the end of the evening when I was trying to leave people were still asking me about my books.  I had no idea that people would be so interested! 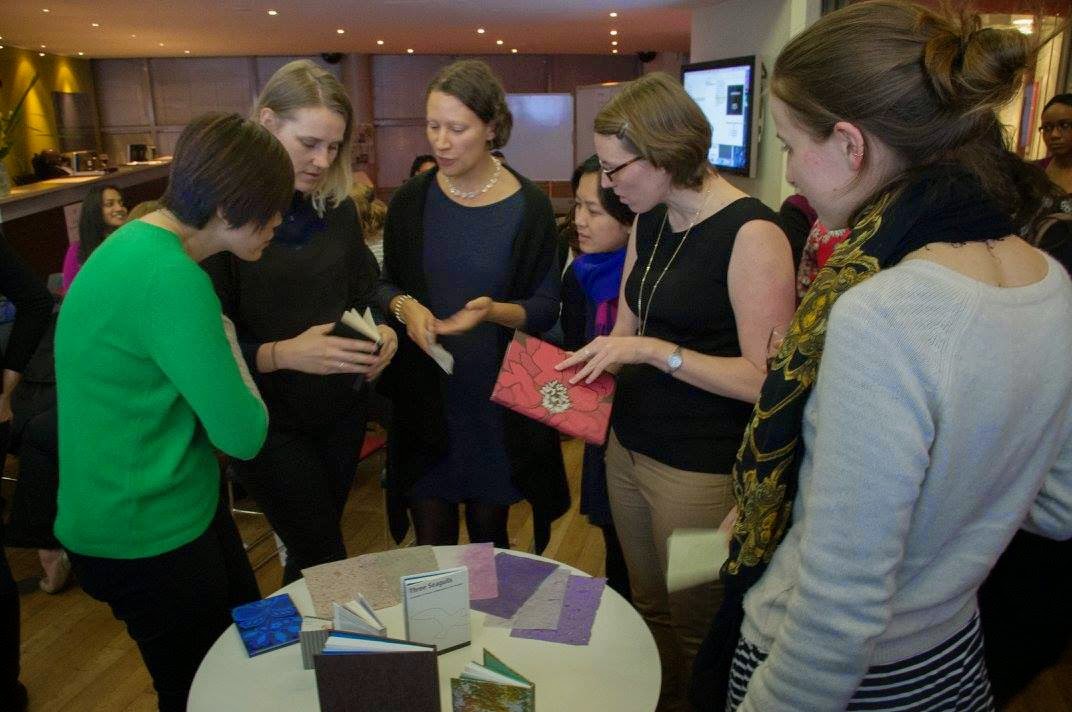 So I'm not sure I would deliberately go out of my way to speak in public again, but it was a positive experience and I've learn a lot, from doing it and watching the other speakers.
Thanks to all the Ladies That UX for being so lovely.

Posted by Wild Creations at 19:30 0 comments

The last month has wizzed by and I can't even pretend to have done any writing in that time.  I've got two story's half written, but I just don't know what to do with them so haven't touched them for a bit.  Knitting is much more appealing.

But the group have obviously not had any problems finished their story's and poems, with a great selection as always.  I loved the poem about a snail.  So cute.

Use the following as either the starting line or the inspiration for a story or poem: I think my first memory was… 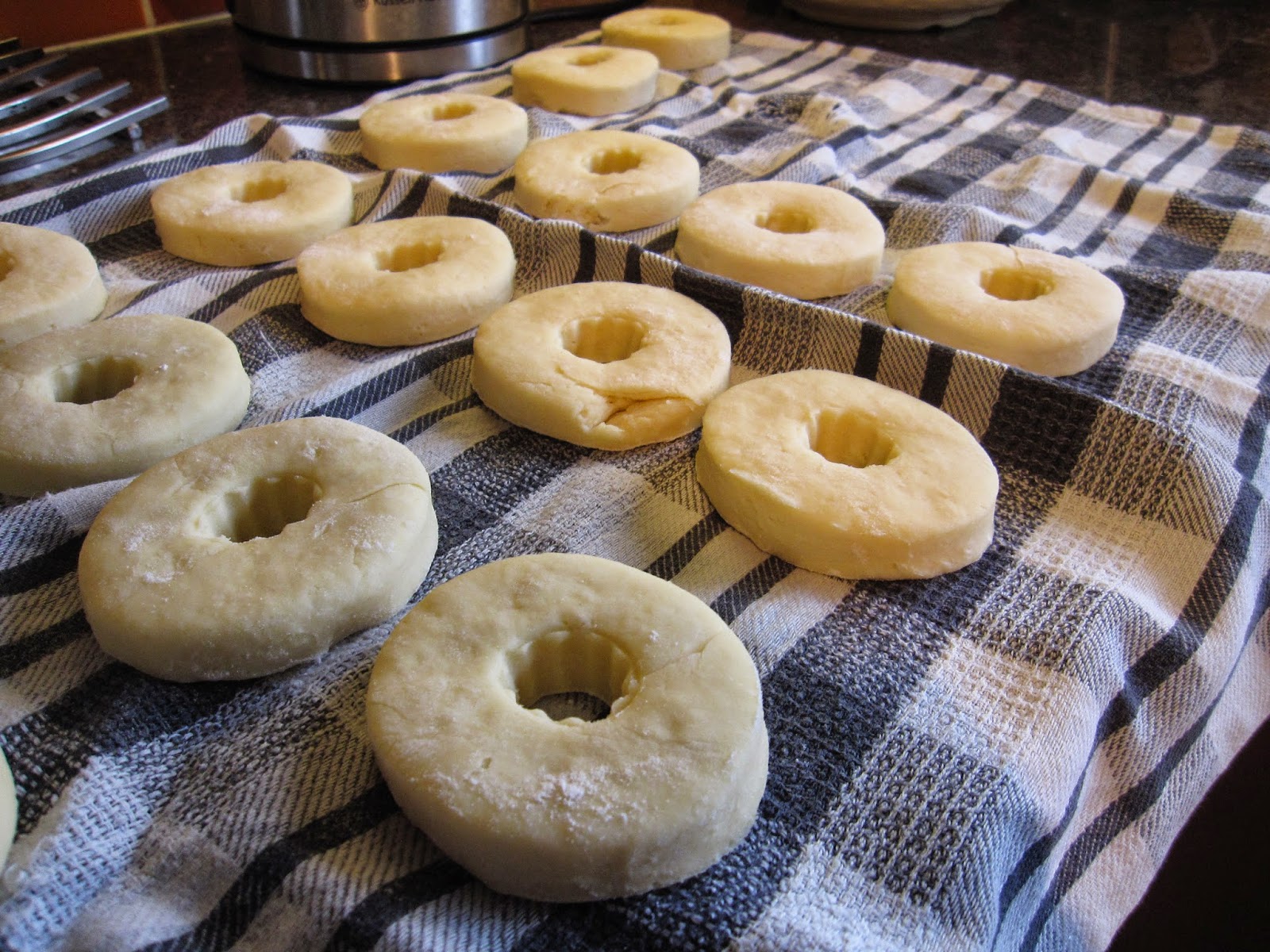 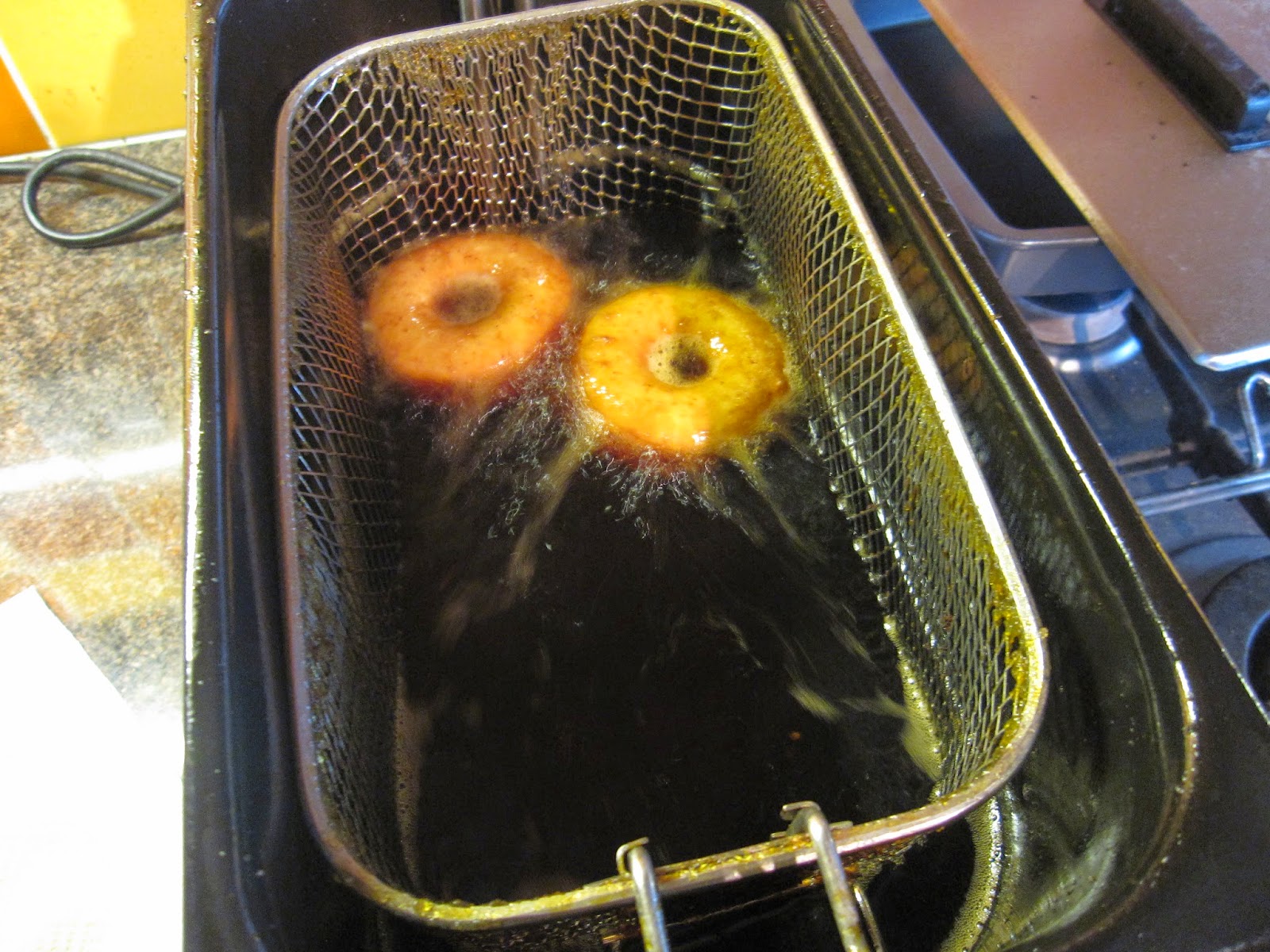 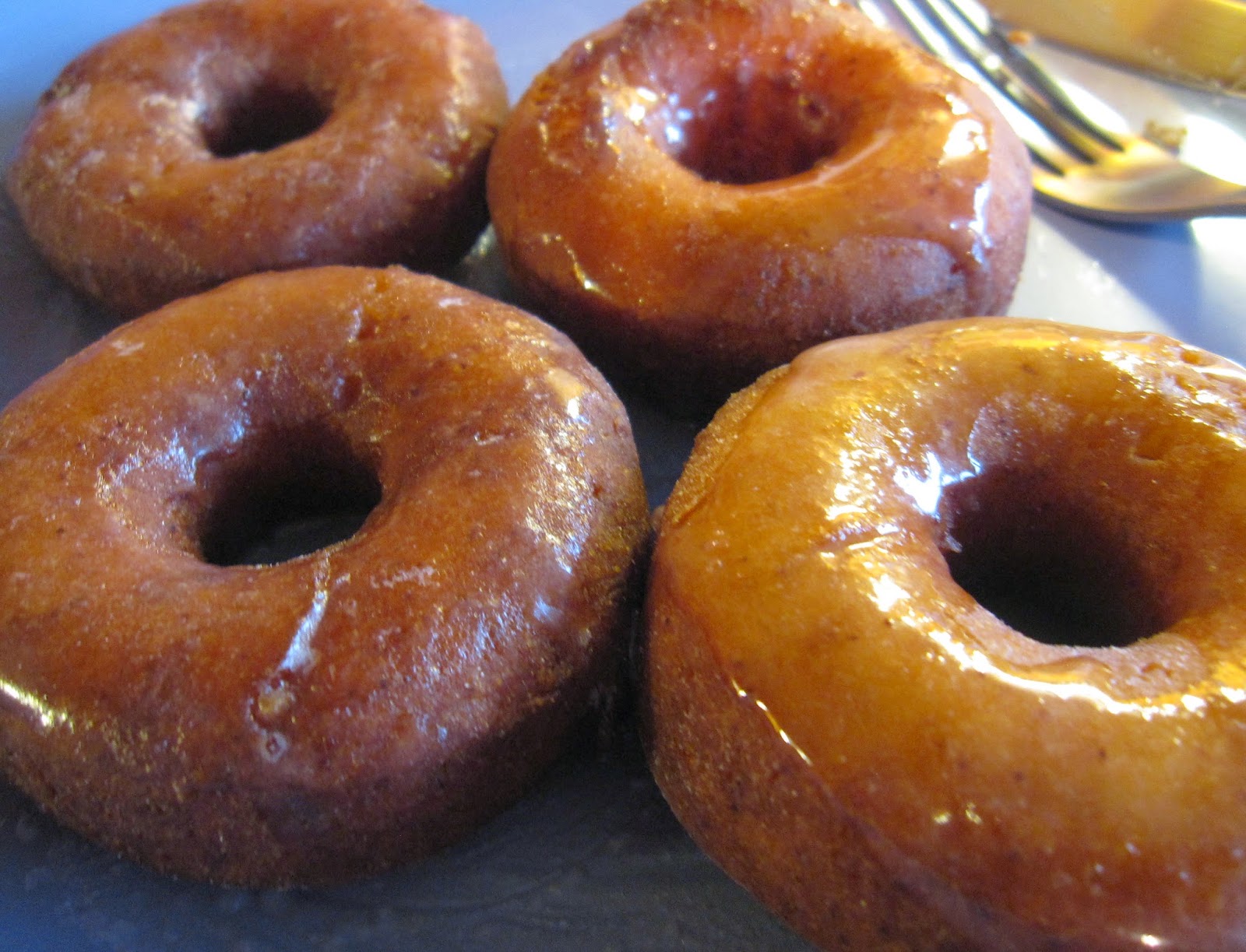 'im outdoors was diagnosed as a coeliac a couple of years ago now.  We've been really careful to follow a strict gluten free diet, and as we make most of our food from scratch, thats not been too hard.  But there are things that he just can't have and one of those things is donuts.
So I found a recipe and today I made him some.  They weren't as tricky as I thought they might be, and with the help of my deep fat frier they were almost easy.
The only real problem was the recipe made many donuts and there was no way we could eat all of them!  He took some to share with his family and I've frozen a batch.  They have a 50/50 chance at least.

Posted by Wild Creations at 13:32 0 comments 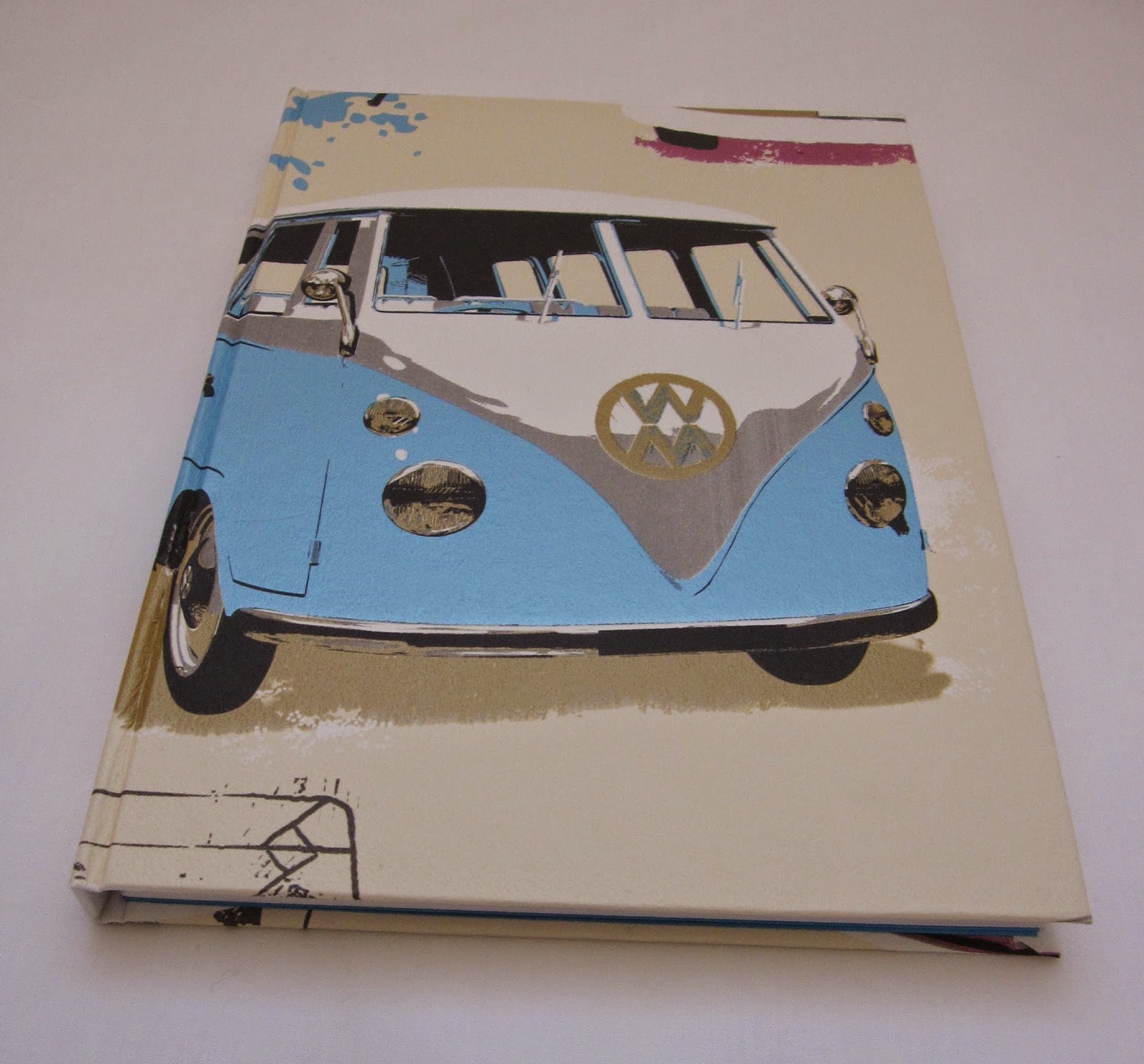 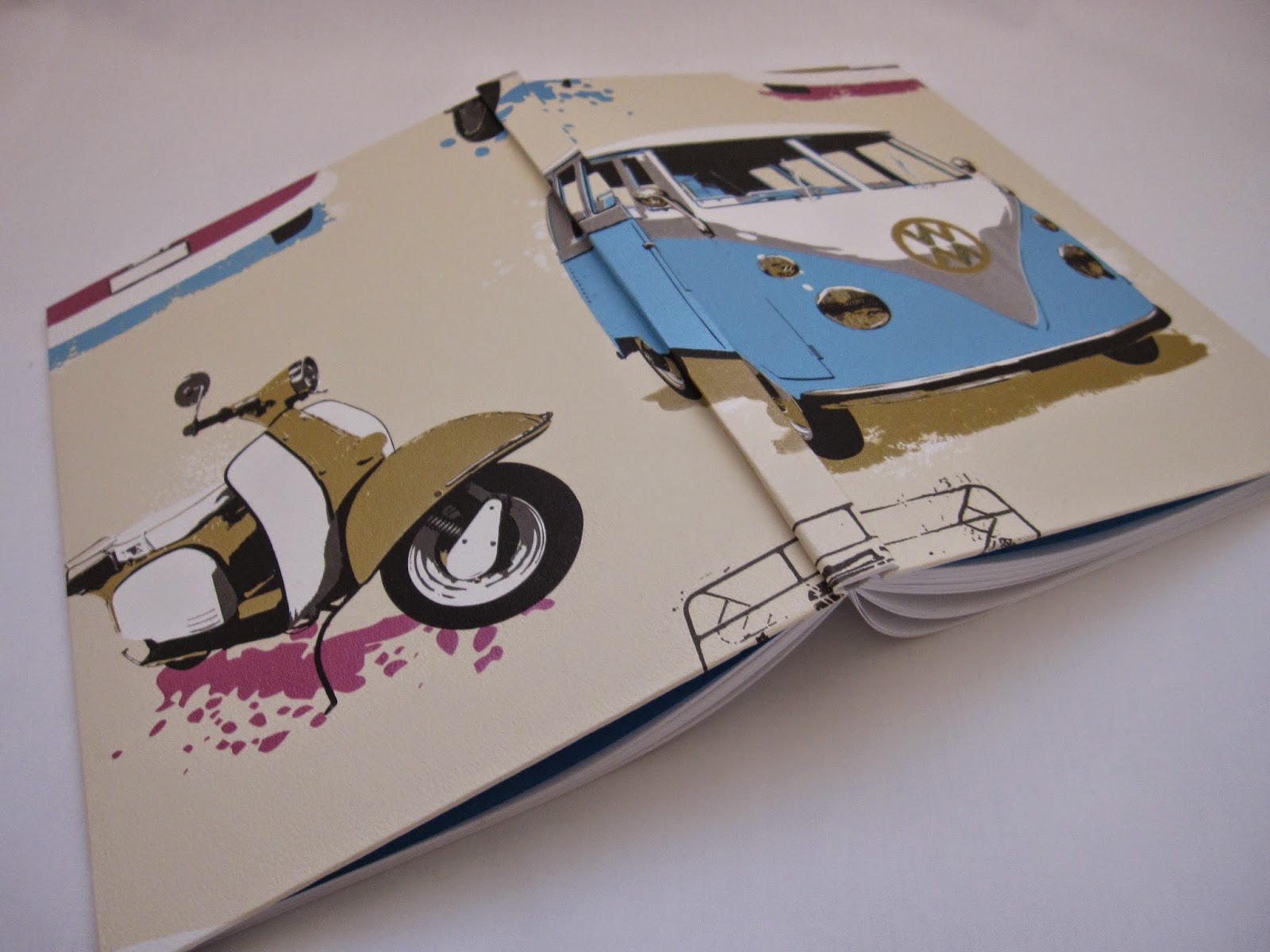 My boss of 4 years leaves today.  I'm very sad; he was a good manager, a great friend and I really enjoyed working with him.  Its the end of an era and I don't know what will happen next.
As a leaving gift I made him a book - what else would I do?  His family has recently bought a camper van and he spent the summer telling me all about their adventures in it, so it was only appropriate that it be covered with a camper van.
Normally I love making books, but this one I kept putting off, as if not doing it would stop him from leaving.  Silly.
I hope he likes it, and with it I send best wishes for his future.

Posted by Wild Creations at 20:40 0 comments