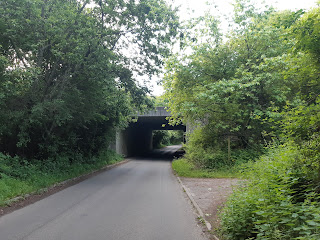 I've been running for about 10 years now.

I started to help lose some weight, but I hated it and went early in the morning so no one would see me.  But as I've continued it's turned into something that is really important to me, helping to keep me fit and healthy both physically and mentally.

At the end of 2020 I was in the best shape I've ever been in, and I had a new personal best in both the 5k and half marathon distance!  But then in March 2021 something went wrong and my foot started to really hurt and so I stopped running and tried to find out what was wrong.  Easier said than done.

By Christmas 2021 it looked like I was back, but then had a really bad relaps and I started to wonder if I'd ever really run again.  When you come this close to losing something you love, you see all the things you should have done while you still had the chance. 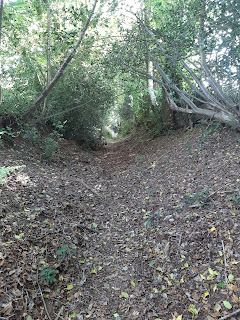 In April 2022 I was given a second chance.  Following an MRI scan I was told that while there isn't much they can do for the pain (a cyst rubbing against a nerve and a tendon) there is no damage to the joint or foot and so I can run, if I can deal with the pain.

Such amazing news.  And so as I restarted my running journey, slowly building up my distance and speed to I don't get injured, I started to think about what I really wanted to do with running.  All those things I regreted not doing last time came to mind, and so I started planning. 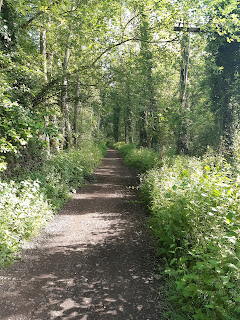 In 2020, I was mostly just running the same old routes every week.  I wanted to do more trail running but was scared of getting lost so stayed on the nice safe road. So last year I went on a navigation course to help build my confidence.

Next I started looking on the Slow Ways website for ideas of routes to run.  I'd been wanting to do this since they launched but was again too scared. 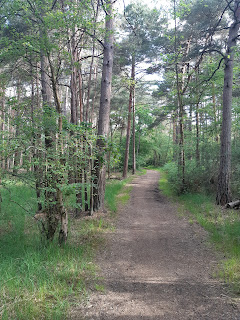 I decided my first Slow Way would be the one which included routes I already knew and had run before.  With a date in mind, agreement from 'im outdoors to drop me off and pick me up and the route downloaded to my phone, I was ready.

On the day it was cool and sunny.  I started in our nearby market town as the stall holders were setting up for the bank holiday market, then ran along shaded paths between alotments and houses and rustic pubs.  Over and under the A3, over the railway line, through the trees.  It was a lovely run.

I hardly saw anyone, and I'd already agreed with myself that I would take it slow, check my phone map as often as I wanted and could stop to take photos as I pleased, so it wasn't the fastest run ever.  But I really enjoyed it and saw parts of my local area I've not seen before. 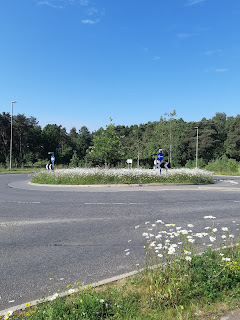 The couple of places where I went 'wrong' were no big deal and at no point did I become lost.

I don't think I'll be doing one of these every week.  But I am going to try and make it a regular thing.  No regrets!